Fashion From the 50s: Retro Styles You Can Wear Today

New look, new you, with vintage 1950s flare. The 1950s fashion trends of the past are now making a huge comeback in modern fashion. If you want to style your own 50s inspired look, you’re in the right place to find inspiration for your new wardrobe.

The 1950s was a point of change in fashion as the transition from the post-war 1940s to designer fashion made for the masses. Designers such as Christian Dior, and Givenchy were extremely influential in fashion during the 1950s, but, there were also many other beloved icons that helped to shape the 50s fashion trends. 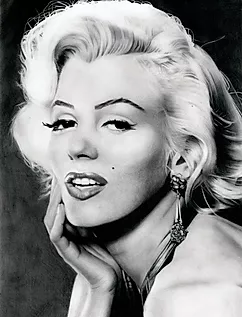 One of the world’s most loved sex icons, Marilyn Monroe is still a household name today. It is no wonder that her flirty yet glamorous style helped to inspire fashion trends in the 1950s. There’s no mistaking her platinum blonde hair, red lips, and iconic beauty spot. 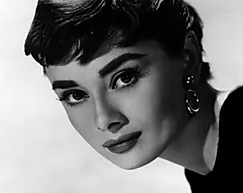 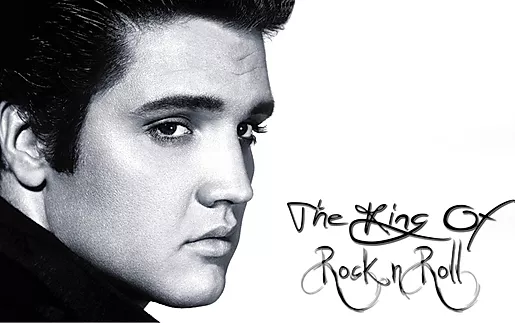 Who could forget the king of rock and roll? Elvis Presley, the poster boy of the 1950s inspired a generation of rockabilly fashion with his rocker-chic look and guyliner paired with high waist trousers. 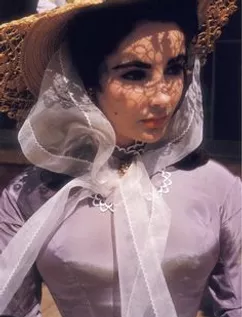 Both on-screen and off-screen, Grace Kelly’s outfits were some of the most talked-about looks of the 1950s. She was known for her classic and timeless beauty and stunning wardrobe that was emulated by manufacturers for the masses.

The Fun Style Staples of the 1950s 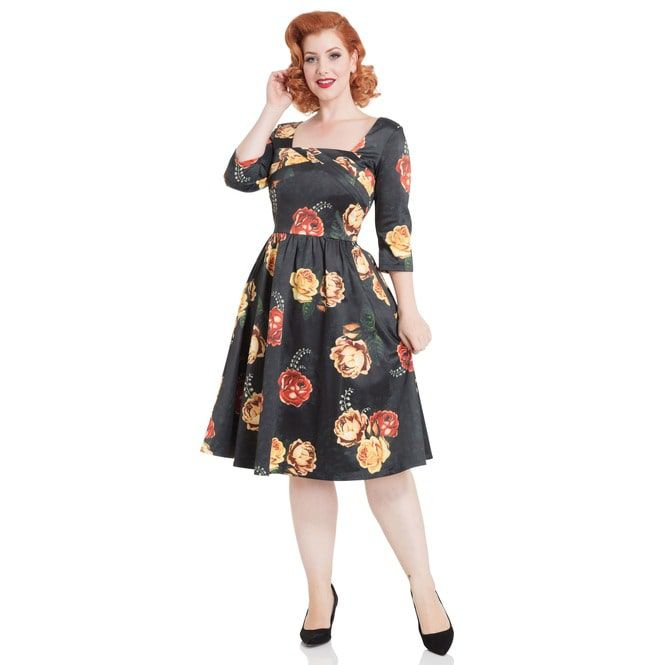 One of the two main styles of dresses in the 1950s, the full skirt tea-length dress, also known as the 50s swing dress was worn both out and about and at home. Typically these shin-length dresses were worn with a light petticoat underneath to add a little extra fullness to the skirt.

These dresses can be paired with kitten heels and some jewelry for a casual look. 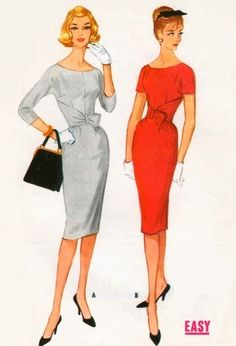 The polar opposite of the 50s swing dress, slim sheath dresses and tailored suits were also popular choices for women in the 1950s. These dresses were a great choice for parties and going out on the town and were often made of silk, lace, damask, velvet, or taffeta.

Pair a cute black sheath dress with a pair of stiletto shoes and you’re ready for anything. 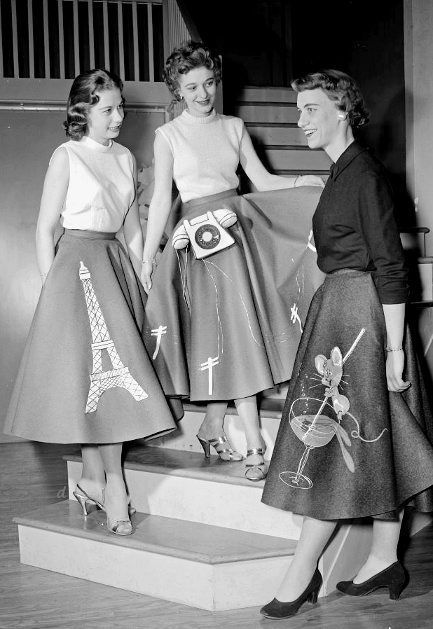 The skirts of the 1950s came in many different shapes, sizes, and colors. The most popular styles being a pencil, circle skirts, and poodle skirts for daring teens.

Whether they were plaid, pastel, or printed, many of the skirts also featured hidden pockets on the outside which were trimmed with piping.

You can style your perfect 1950s skirt look with a blouse tucked into the skirt band and a wide cinch belt. 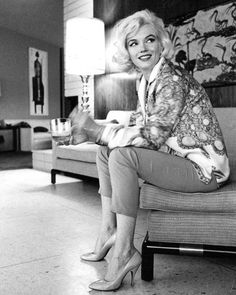 While skirts and dresses were definitely popular in the 1950s, more and more women became comfortable wearing pants outside of the home. High waisted jeans and capri pants were a casual staple for many women as the styles narrowed down at the hip and legs to help show off their womanly figure.

You can easily pair some capri pants with a twin set cardigan or peter pan collared blouse for a casual 50s look. 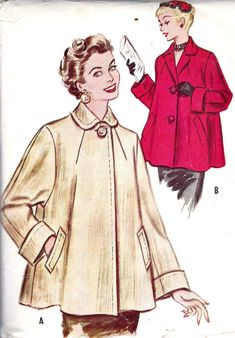 Staying warm during the winter months had to be fashionable during the 1950s. While most jackets in the 1950s were light and thin, coats were made to be big and bulky. Long winter coats were all the rage as they were needed to fit over the big fluffy skirts while still maintaining a clean line.

Most of these coats were made of wool, fleece, camel hair, tweed, fur, and cashmere, but you can find the 1950s inspired coats made out of more sustainable fabrics today. 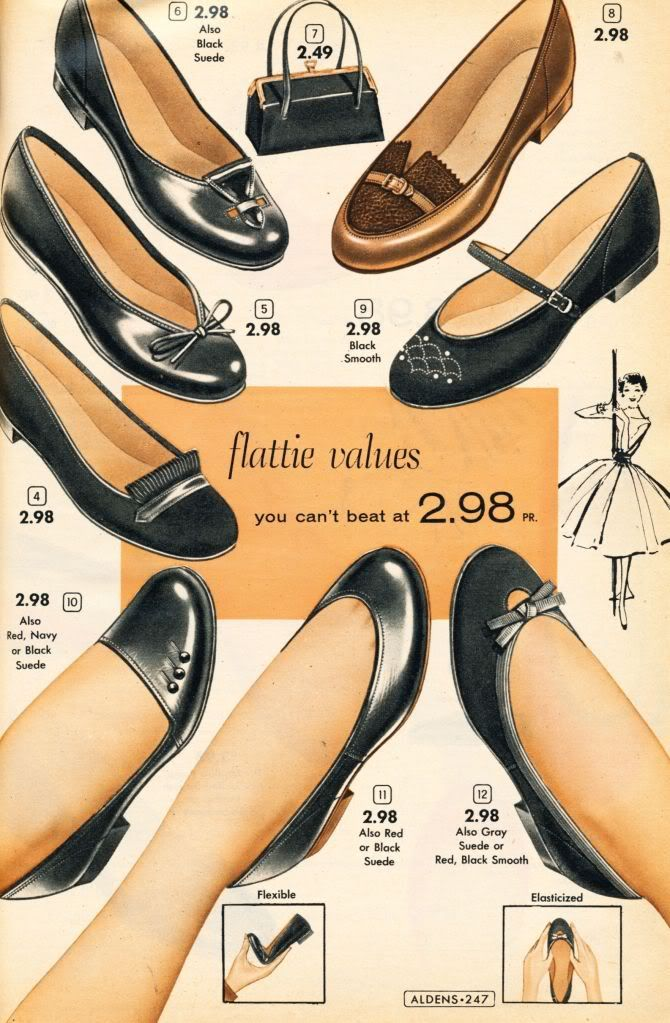 The 1950s Shoe Styles For Women

The most popular styles of shoes during the 1950s for women were kitten heels, saddle shoes, and stiletto heels that paired well with trousers, skirts, or dresses. 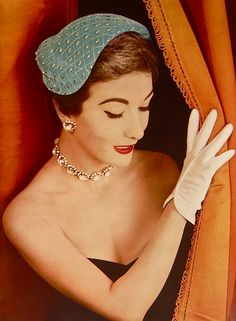 Many women in the 1950s often accessorized using headwear such as hats, headscarves, and hair flowers, while they accessorized their looks with pearls, animal brooches, sweater clips, gloves, and belts.

Each of these accessories can help you to boost your own modern 1950s throwback style. 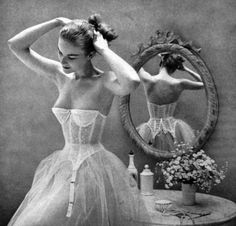 Lingerie of the 1950s was fairly simple, usually just a buttlet bra, girdle, and back seam stockings. 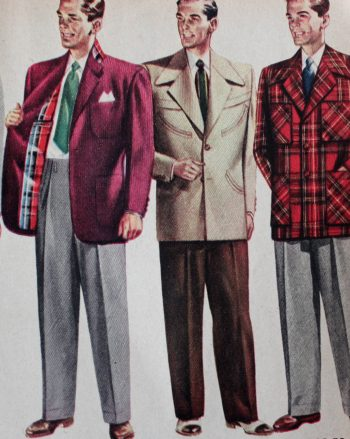 In the 1950s many men chose to wear slacks made of linen, light wool, or polyester for comfort.

These slacks were comfortable but fashion-forward enough to allow men to dress down for the office while remaining professional.

The 1950s men’s style slacks can be paired with a casual jacket or shirt for a comfortable look.

Since close-fitting waistlines meant men no longer had to wear suspenders, thin belts became extremely popular during the 1950s as a sleek yet practical accessory. 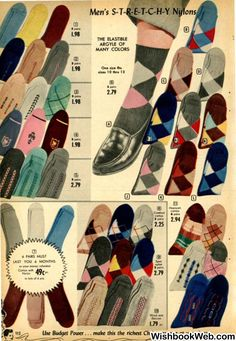 Men’s socks became a bit taller in the 1950s as wearing patterned knee-high socks with shorts became a fashion trend.

As casual wear became a staple for many people in the 1950s, men’s shorts got a little smaller and a whole lot more comfortable. These shorts usually hit mid-thigh and were worn with knee-high socks for a fun look.

If you want to style a fun 1950s look for summer, pair a casual polo shirt, shorts, and high tops. 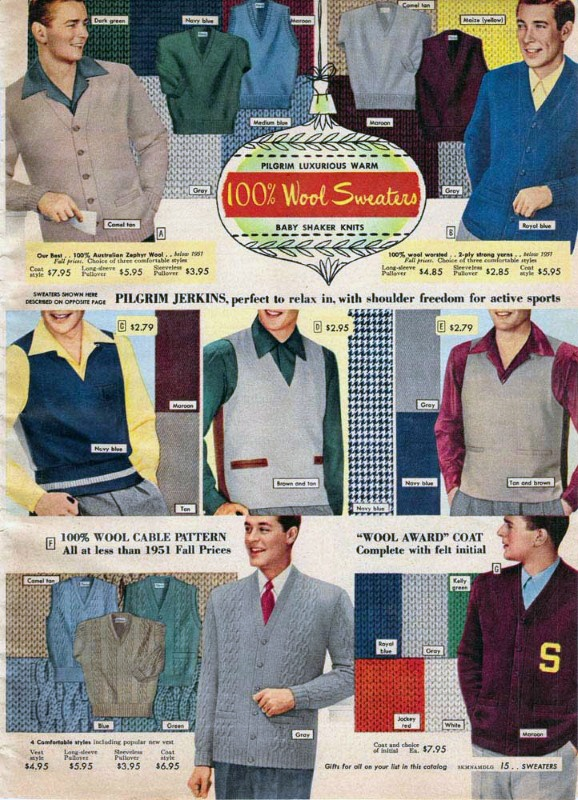 Men in the 1950s had a variety of choices when it came to shirts. Knit shirts, which closely resemble modern-day polo shirts were all the rage when paired with shorts or casual trousers.

However, they also could be found wearing shirt jackets that were a blend of button-down shirts and lightweight jackets and even t-shirts. 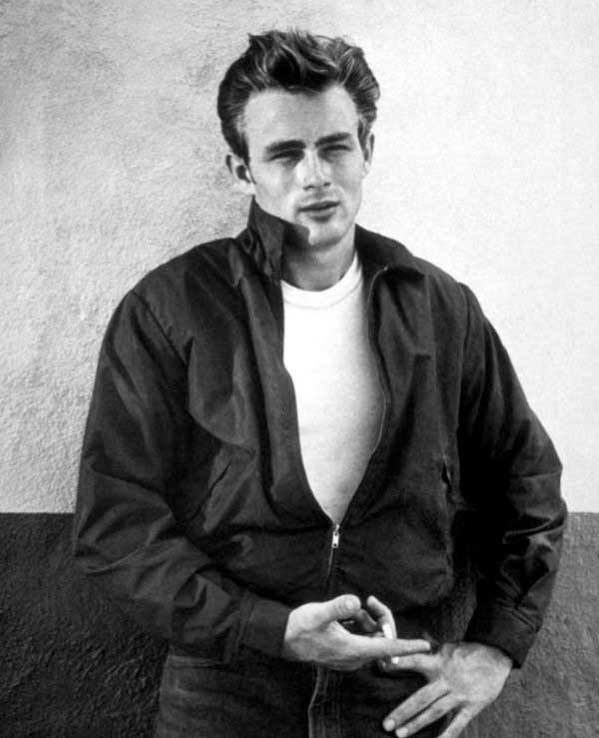 With a short waist, ribbed waistband, cuffs, and a front zipper, bomber jackets became an iconic go-to piece in the 1950s.

If you want a stylish jacket to pair with your sleek 1950s look, bomber jackets are a great choice 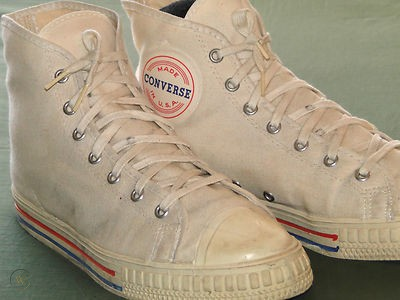 Men’s footwear in the 1950s varied between saddle shoes, blue suede shoes, and even converse. Whether you were looking for comfort or professional, these shoes paired well with all of the iconic fashion staples of the 50s.

As vintage fashion becomes more and more popular in the modern era, it has become easier to create your perfect 1950s look. Which style is your favorite? 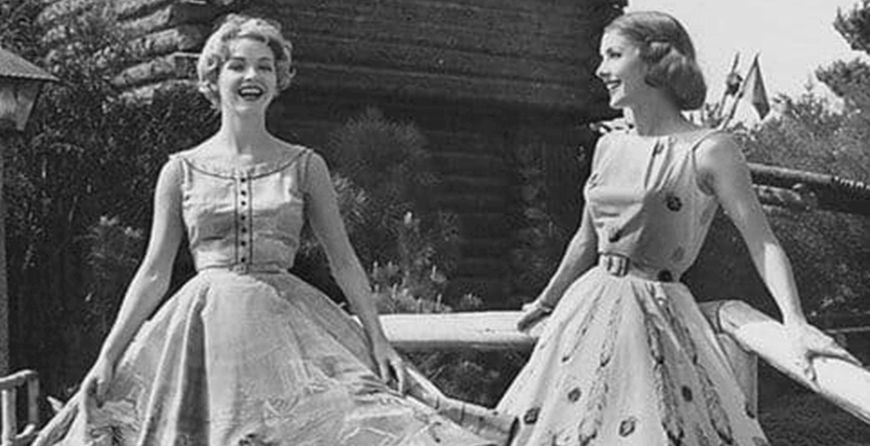 1950s Fashion Style And How to Recreate A Vintage 50s Look

Makeup Looks From the 1950s 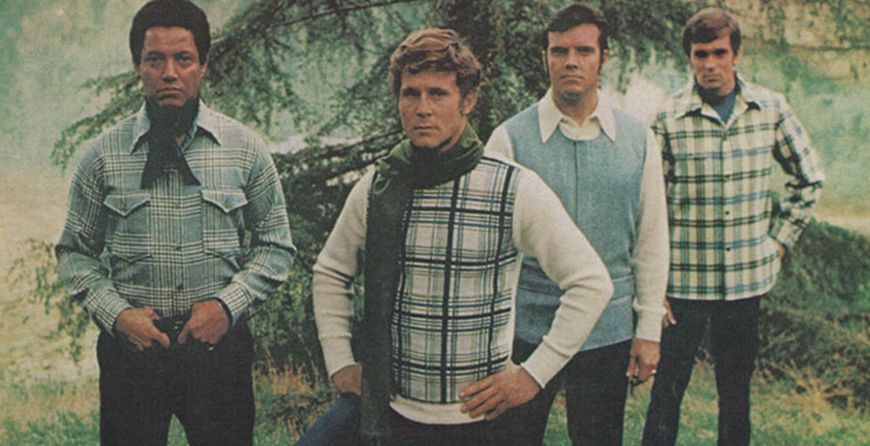 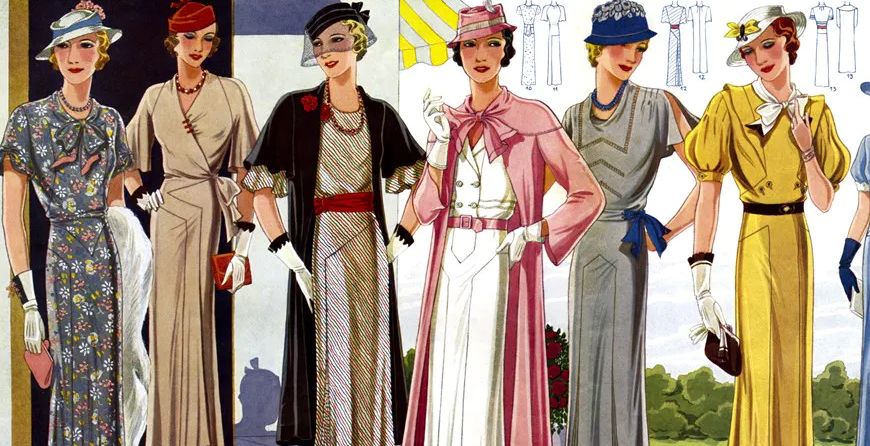