Punk rock is without a doubt, one of the most intoxicating subcultures in history. Since the snarling 70s, punk music, its spirit, and its associated fashion have been celebrated by generations of frustrated youngsters across the world.

At its core, punk rock is about standing up for what you believe in, and as Joe Strummer said in one of his most iconic musical arrangements, throwing a brick at the wall (not necessarily in a literal sense!) when people are trying to drag you down. And this energy is represented - wholeheartedly - in punk rock clothing.

So, in celebration of all things punk, we're going to have a swift look at the origins of the subculture while celebrating some of the icons, past and present that sport punk rock clothing with pride.

The Origins of Punk Rock

The first thing to remember about punk music is that its roots are fiercely debated. This conflict of opinion is mainly down to the fact that the term 'punk' is in many ways individual to the person, and also because the original pioneers of the genre hailed from a number of different places.

Before 'punk' became 'punk' in an official sense, 60s garage like The Sonics were considered the early pioneers of the sound, followed by legendary Detriot outfits such as The MC5 and The Stooges in the mid to late 60s.

After the dawning of the 1970s, this heady mix of noisy, brash garage rock infused with the glam rock sensibilities coined by David Bowie and The New York Dolls, to name a couple, morphed into what we now consider to be punk rock.

New York City and good old London town were the main destinations of early 'punk', with The Ramones, Johnny Thunders and Blondie flying the flag in The Big Apple and The Sex Pistols, The Clash and Bromley's X-Ray Spex shaking up the scene in The Big Smoke.

And the rest - as they say - is history. 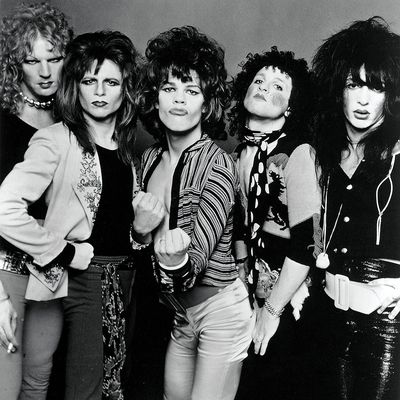 Like all the best subcultures, punk rock clothing covers a wide and varied spectrum. But, there is an overall aesthetic, and attitude that when worn well, is unmistakably punk, no matter what hair or accessories you're sporting at any given time.

The key features of punk rock clothing (these don't all have to be worn at the same time - punk is all about self-expression) are tapered, often ripped or worn jeans; leather jackets; off-beat DIY accessories; Doctor Martin-style boots; sneakers (worn in); vests or tank tops; subversive t-shirts and unique hats or striking hairstyles.

From androgenous pomp of The New York Dolls to the menacing leather-clad look of Sid Vicious, and beyond, there are a host of ways to show your punk side through the medium of fashion - and now we're going to explore how these four hand-picked icons donned this most rebellious of looks.

"To me, punk is about being an individual and going against the grain and standing up and saying 'This is who I am'." - Joey Ramone

Ah, the mighty Ramones. These 1970s punk rock icons need little introduction and the band's legendary logo has become somewhat of a fashion staple in itself, with millions of t-shirts featuring the emblem sold worldwide, outdoing the band's overall record sales.

Not only did the Ramones' fast, furious and raucously melodic sound help to spawn the entire punk rock genre but the band's white t-shirt sporting, leather jacket-clad drain pipe-jeaned, worn out Converse, huge-haired look is an aesthetic that is revered as much today as it was back in the 70s.

It's a look that we call it the Quintessential Punk.

Born Simon John Ritchie, Sid Vicious replaced Glenn Matlock on bass guitar to form the most infamous quarter of one of the world's most infamous punk bands, The Sex Pistols.

While he wasn't the most proficient of musicians, Sid Vicious had a venomous snarl, larger than life stage presence and an attitude that more or less excreted PUNK from every pore of his body.

A true punk icon, Mr Vicious showcased his 'live fast, die young and kick up a storm in the process' mentality in the garments he wore. Dressing in a similar style to The Ramones, Sid took this classic 70s punk aesthetic to greater extremes, with ripped string vests, industrial jewellery and large safety pins on his clothing. Also, the punk bassist wore a messy, spiked haircut that often looked like the early incarnations of the legendary punk mohawk.

It's a look that we call the Line-Walking Punk. 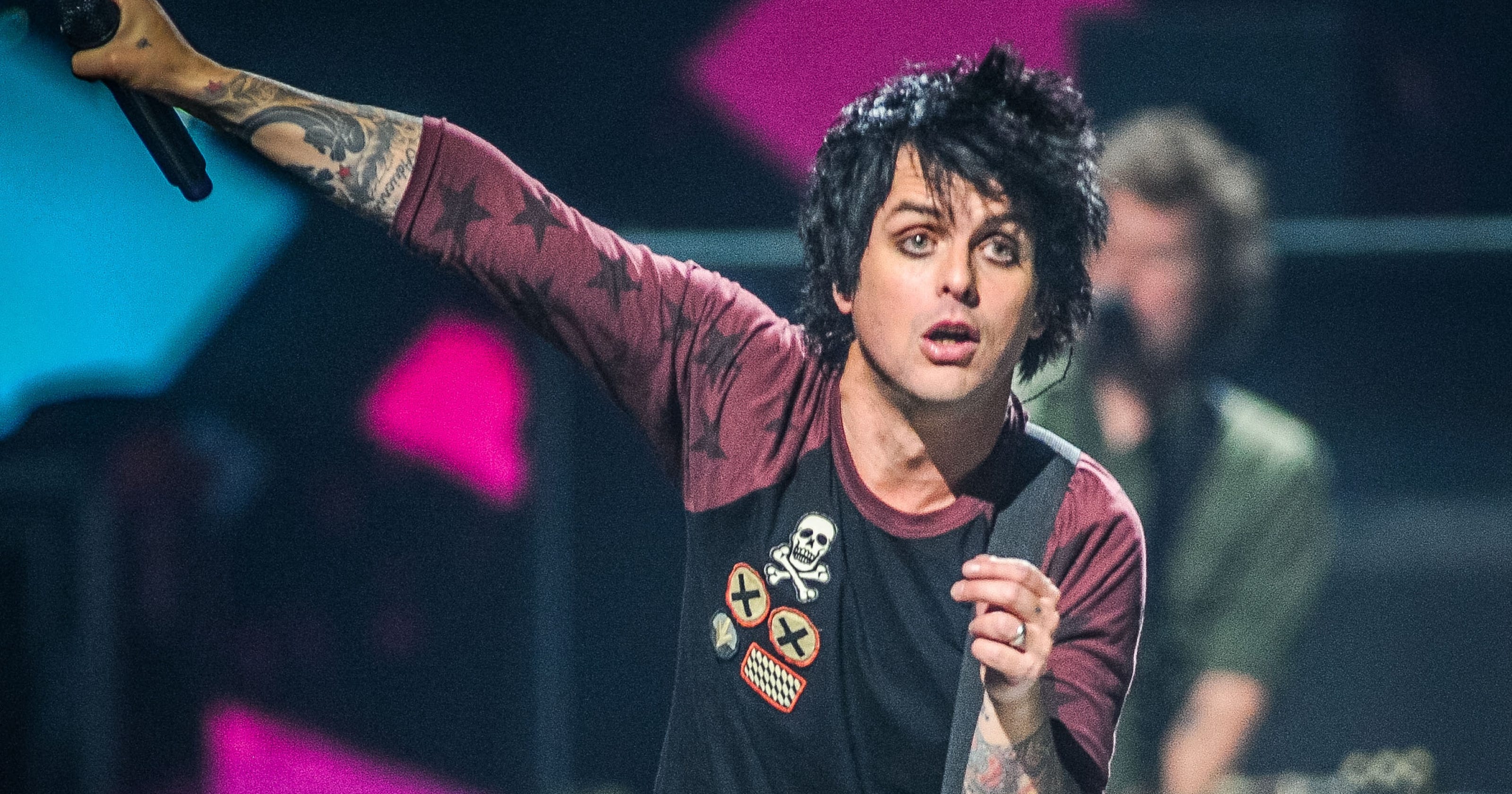 Inspired by the aforementioned two icons in addition to the likes of The Clash, Billy Joe Armstrong has propelled himself to stardom over the years with his contemporary take on original punk culture.

While some of his band's - Green Day (of course) - songs are a little more polished and dare we say, 'poppy' than the offerings of other punk rockers, there's no doubt that his lyrics are packed with universal meaning and a rebellious spirit to boot.

We call this look the New Age Punk. 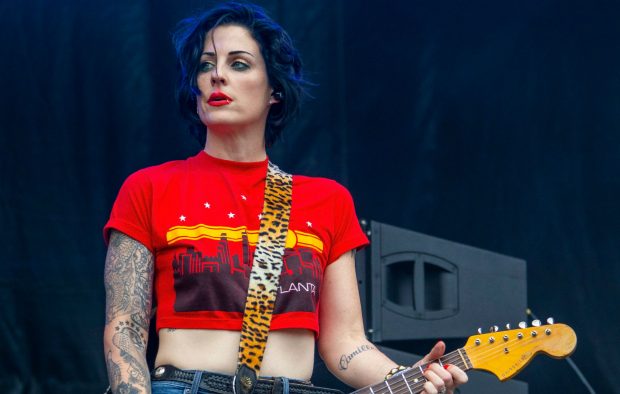 Brody Dalle, who is married to the one and only Joshua Homme, is a modern punk rock legend who found fame with hard-edged and wild-spirited band, The Distillers.

After writing, recording and performing a number of amazing, and authentic, punk rock anthems with The Distillers, Brody branched out on her own to continue her musical legacy, which is currently going from strength to strength.

With an ever-changing mix of accessories and piercings, an incredible tattoo sleeve and a striking selection of hairstyles, from full mohawk to bleach blonde undercut, and beyond, Brode never disappoints with her punk clothing ensembles.

You name it she's worn it: ripped denim skirts, leather jackets and pants, DM boots, tailored sneakers, unique band t-shirts, cropped tank tops...the list goes on. Whatever she wears, she means it - and she looks incredible in the process - power!

We call this look the Chameleon Punk.

There's no denying it - punk rock clothing is one of the most expressive fashion subcultures on the planet. If you want to look and feel punk - be authentic, stay true to yourself and use these four icons for inspiration.

Oh, and for more on punk-inspired garments, check out our guide to the history of spiked clothing and accessories.

10 Must Haves For Punk Rock Style

Am I Too Old To Wear This? 11 Style Icons Breaking Fashion Age Boundaries