Steampunk is the fashionable baby of Victorian-era aesthetics and science fiction imagination. The line between steampunk and period Victorian is narrow and smudged leaving much open to interpretation. In a nutshell, it is the appropriation of futuristic technology, gizmos, and gadgets assembled into elegant 19th-century attire, but also encompasses retro-futuristic styling, technology, philosophy and scientific theory in literature, movies, lifestyle, home decor, recreation (conventions and roleplaying) and philosophical outlook. 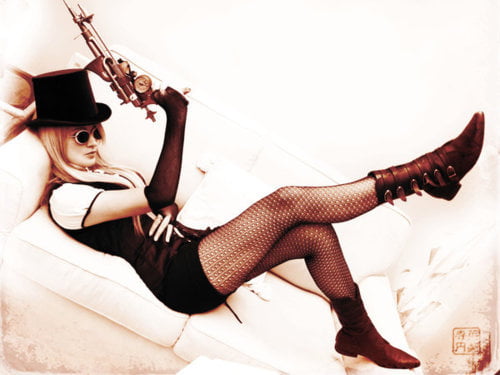 Photo courtesy of Cos Couture

People from the Victorian era imagined all sorts of modern technology such as submarines, space travel, and aircraft. However, their fantasies looked very different from how these technologies have developed in reality. The emphasis on steam references a world that may have been completely built on steam power. It is this idea of reimagining the present or future as the Victorians would have - often with a dystopian mindset - that is at the core of steampunk.

Many subcultures such as Goth, neo-Victorian, cyberpunk, post-apocalyptic and some fandoms identify with elements of steampunk. As a result, it can be thought of as a super-culture as opposed to a mere sub-culture.

The steampunk ethos is vaguely interpreted to emphasize human capability and the value of invention and ingenuity. Some punk-like anti-establishment ideals can also be attached to the genre.

The term “steampunk” was first coined in 1987 by author Kevin Jeter as a cheeky reference to the then prevalent term, cyberpunk. He used the term Steampunk to describe a set of stories by Tim Powers (The Anubis Gates), James Blaylock (Homunculus) and himself (Morlock Night) all of which were set in the Victorian era with speculative technologies. 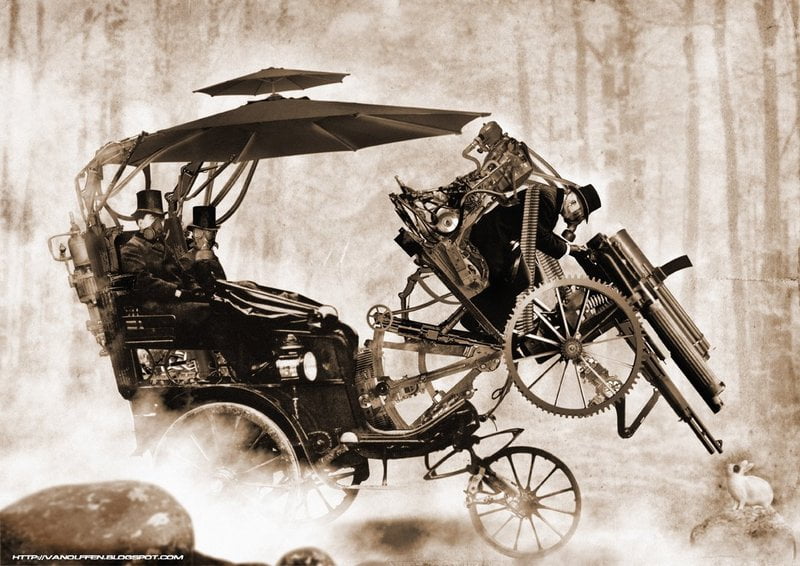 However the term now retroactively refers to fiction and films produced before the genre had a name.

The earliest film that represents the steampunk movement was Fritz Lang’s 1927 masterpiece, Metropolis. This film is one of the few texts from that time that show the emerging stylistic genre.

H. G. Wells and Jules Verne famously embody Victorian science fiction with the invention of technologically advanced machines in their books. They are often called "the founders of steampunk", even though they were in fact contemporary to the era.

Many influential science fiction works were produced from the 1950s to 1970s, long before the name was coined. Some modern-day wordsmiths of the genre include Philip Pullman, Scott Westerfeld, Stephen Hunt and China Miéville.

Commonly it has a clear industrial sound reminiscent of gears and machinery with Victorian instruments thrown in.

A band could be considered steampunk if they… 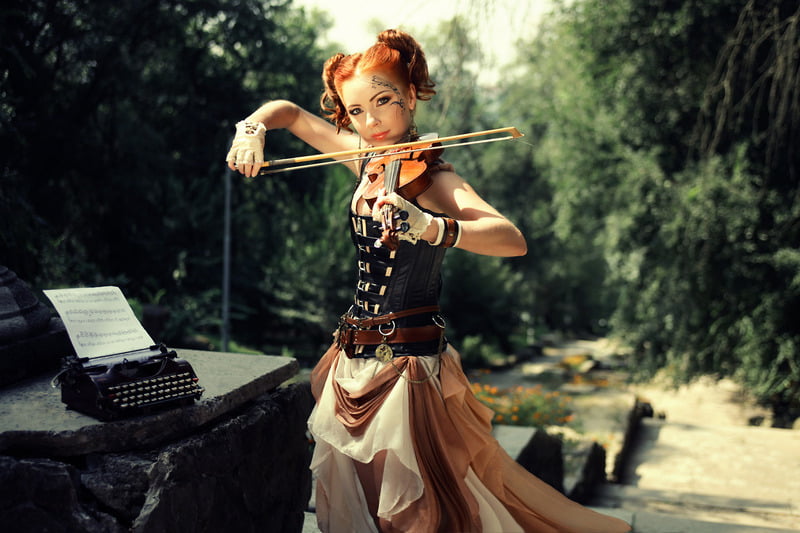 Being incredibly stylish is Steampunk’s biggest claim to fame, and why the subculture has become so popular.

The basic rule of thumb for steampunk look is the starting and then accessorize. This means dress in Victorian gowns, corsets, petticoats, and bustles; suits with vests, coats, top hats, and spats; or military-inspired garments. Fortunately, there is lots of documentation from this era that you can emulate.

The two key items for a steampunk costume is the use of the gear and goggles. The gear represents the machinery it enables; an ode to technology and its capabilities. The goggles reference steampunk’s fascination with travel; air travels, submarines, and motor vehicles all require goggles.

Aspects of steampunk fashion have been anticipated by mainstream high fashion, the Lolita fashion and aristocrat styles, neo-Victorianism, and the romantic goth subculture. 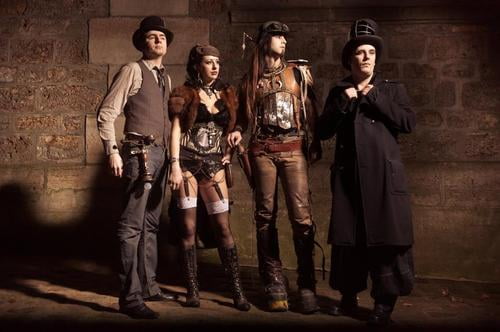 A number of popular steampunk conventions have sprung up the world over. Names like Steamcon, the Steampunk World's Fair, and Up in the Aether: The Steampunk Convention have become meeting grounds for the most dedicated in the genre. The Steampunk World’s Fair is the largest festival in America while the largest European event is called Weekend at the Asylum.

The largest followings reside in North America and Europe although there are exuberant smaller communities dotted all over the globe. An unsuspecting town in New Zealand named Oamaru is a testament to that. With a population of only 13,000, they have taken full ownership of the genre and run annual steampunk festivals.

The famous San Diego Comic-Con has informally dubbed Saturday as steampunk day. It culminates with a photo shoot for the local press and in 2010 this was recorded as the world’s largest steampunk photo shoot in The Guinness Book of World Records.

There is also a plethora of steampunk role-play games available on the Internet. One of the most popular is called Clockwork. This is set in a post-apocalyptic world atop a floating island, as the earth is no longer inhabitable. 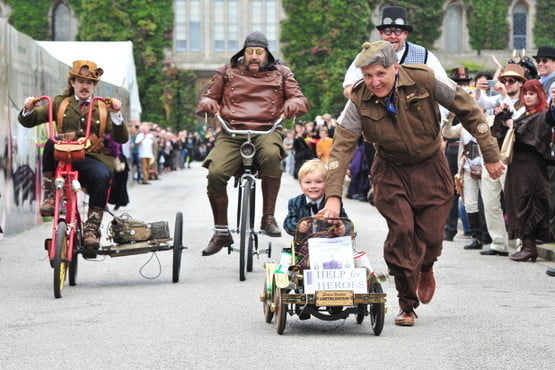 Photo courtesy of the Lincolnshire Echo

There are a few notable figures in the steampunk realm.

You can’t get any cooler than Jake Von Slatt. He is a self-proclaimed “Massachusetts-based tinkerer, hardware hacker, and proprietor of the Steampunk Workshop.” The mad-inventor of our time Von Slatt is known for inventing workable steampunk machinery. He’s made a steampunk keyboard, LCD monitor, light switch plates, MAC mini-mod, guitar amp, and converted the bus. His next goal is to make a steam-powered car that can be driven daily.

Kato is the founder of the world’s first steampunk clothing company. She opened Steampunk Couture in 2005 when making her Victorian-inspired creations from her kitchen table. Kato claims to be an absolute fabric-junky with workaholic tendencies. Her most recent project is SteamGirl, a steampunk erotica site featuring photo and video sets with sets, clothing, and music all designed and made by her. Even eight years after the creation of Steampunk Couture she’s still a one-woman band, designing, sewing, packaging, and shipping everything herself. 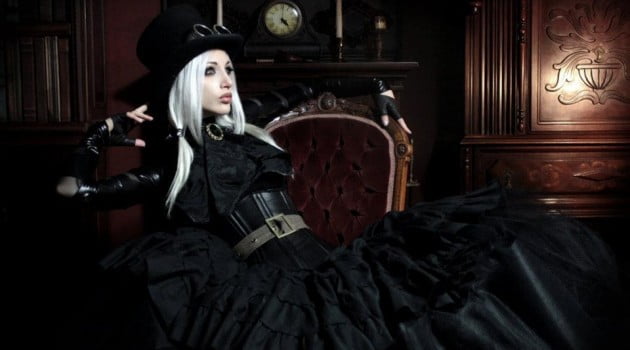 Want to get your Steampunk on? RebelsMarket has a variety of Steampunk items for fans of all levels. These posts will give you more details on styling an awesome Steampunk look-

Must-Have Accessories For Your Steampunk Outfit

Look For These 3 Essentials When Shopping For A Steampunk Corset

The 20 Most Popular Steampunk Trends 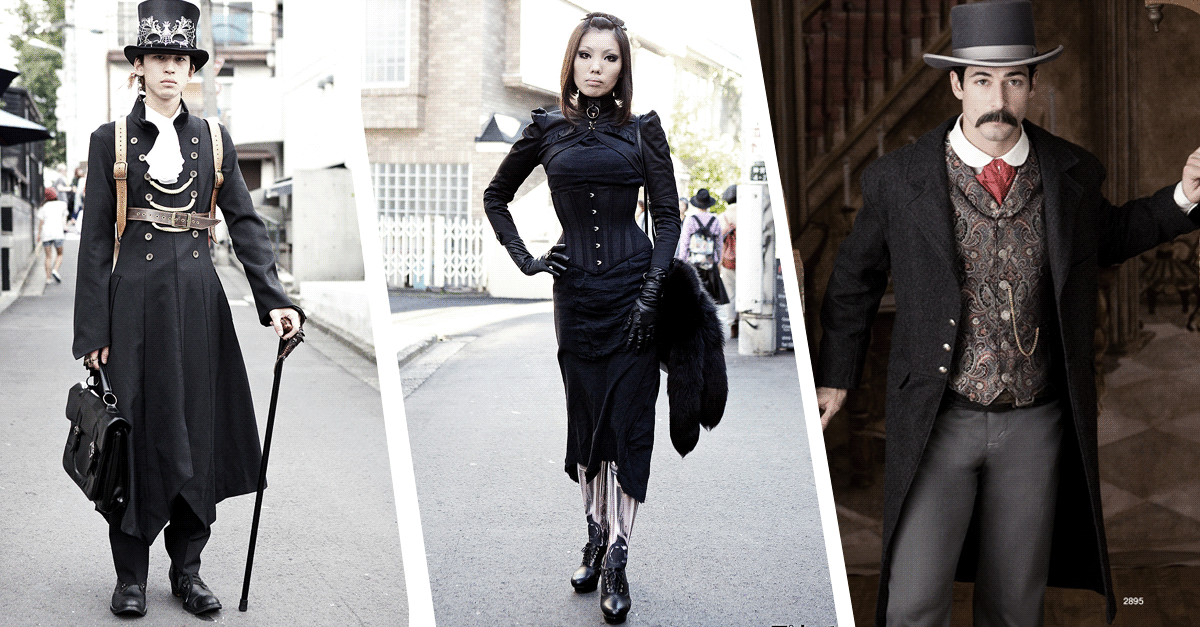 Casual Steampunk Looks You Can Wear to the Office 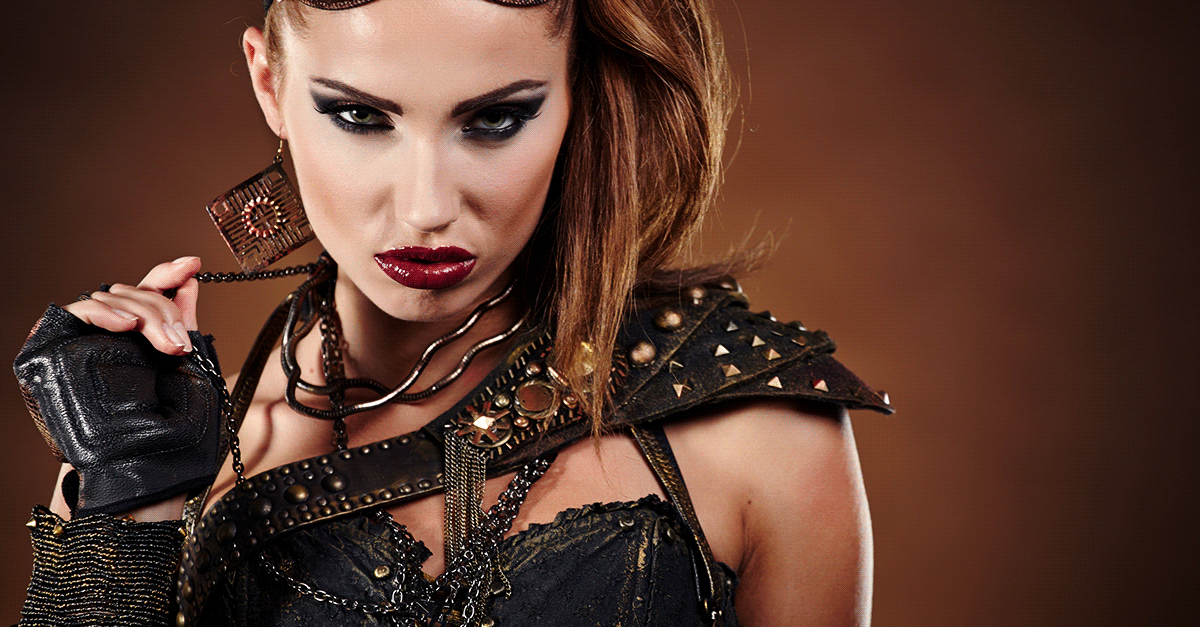 Here's How You Can Rock the Steampunk Look In the Office 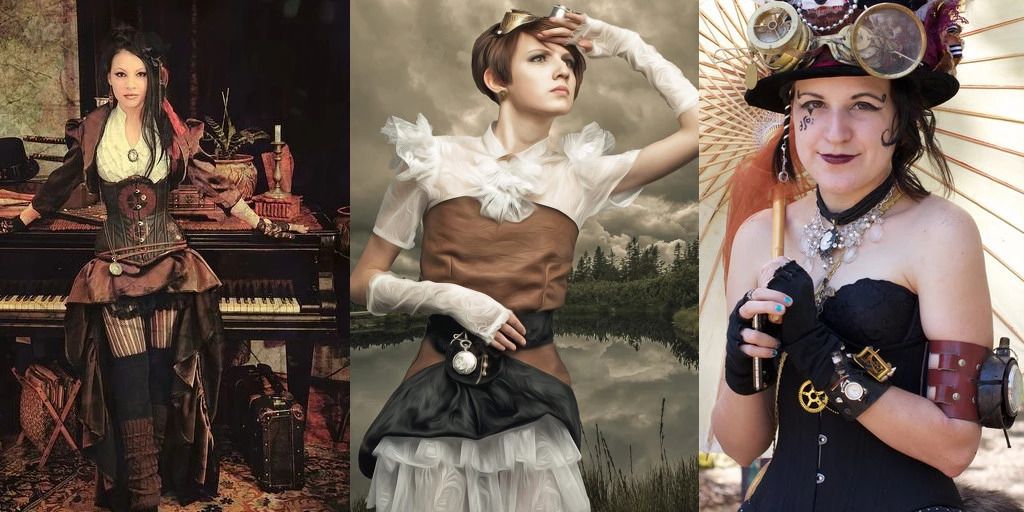 How to Incorporate Steampunk Style Into Your Wardrobe

How To Wear Corsets Over Dresses

Decorations, Themes, And Party Games For Your Steampunk Babyshower

5 Types Of Corsets & How to Wear Them